and it’s Effect on Today’s Land Use

First things first; NO! You don’t need a vaccine record to return to the United States or enter Mexico. The Pandemic is rapidly, thankfully, becoming a thing of the past; and the US will never not re-admit a US citizen back into the US…ever. It’s not what we do. Now, for anyone to seriously consider the purchase of property in a country as steeped in historically financial uncertainty as is Mexico, it’s important to understand perhaps not the entirety of, but certainly the relevant portions of the Mexican Constitution; a document that, albeit arguably, seems to have been created only as a tool for the enrichment of the political party du-jour. And to do this, we need to understand the reasons for its 1917 creation. Now don’t worry, I’ll give you the Cliffs Notes version. But be well-assured that, as you’ll find in my closing remarks, if you make it that far in this only “lengthy” module, it’s because you’re a serious investor who understands and appreciates the value of research and knowledge relative to risk management and mitigation in which case we would be honored to represent your interests. 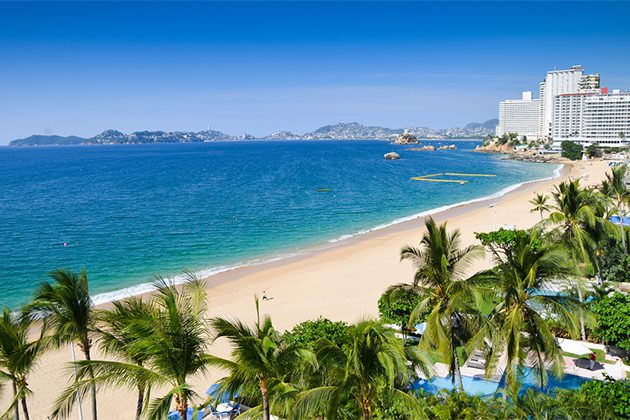 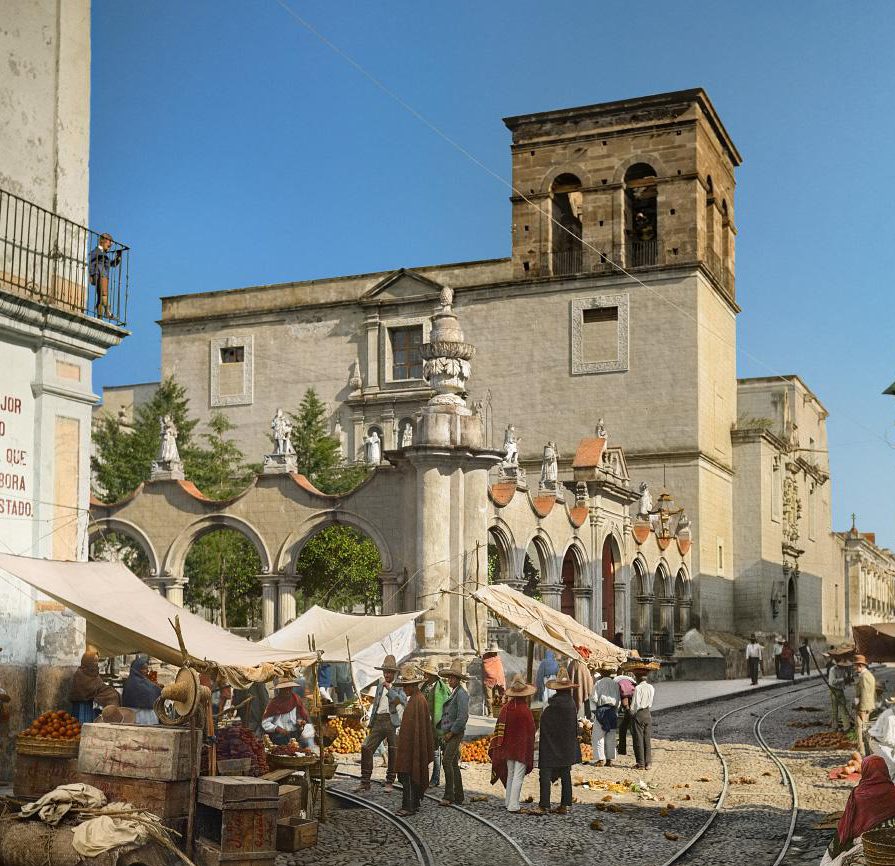 In the early 1900s Mexico, which until just 50-years before included vast expanses of the United States including all of what is today California, Nevada  Texas, New Mexico and Arizona, rebellion was brewing from three factions; Emiliano Zapata’s southern, peasant army, Pancho” Villa’s northern peasant army and Venustiano Carranza’s central group made up of ranchers and “self-made” men (not women) who, though “influential” for the time, were resentful of their relative exclusion from true governing power and thus, “the real money”. Now while these three groups were each possessed of the need for personal gain and recognition, they shared a common demand for even the most basic of human rights; and at the top of their demand list was the provision of land rights which, for the past three centuries, had been wholly-reserved for the ruling class which, in 1900, was led by Mexican President Porfirio Díaz. 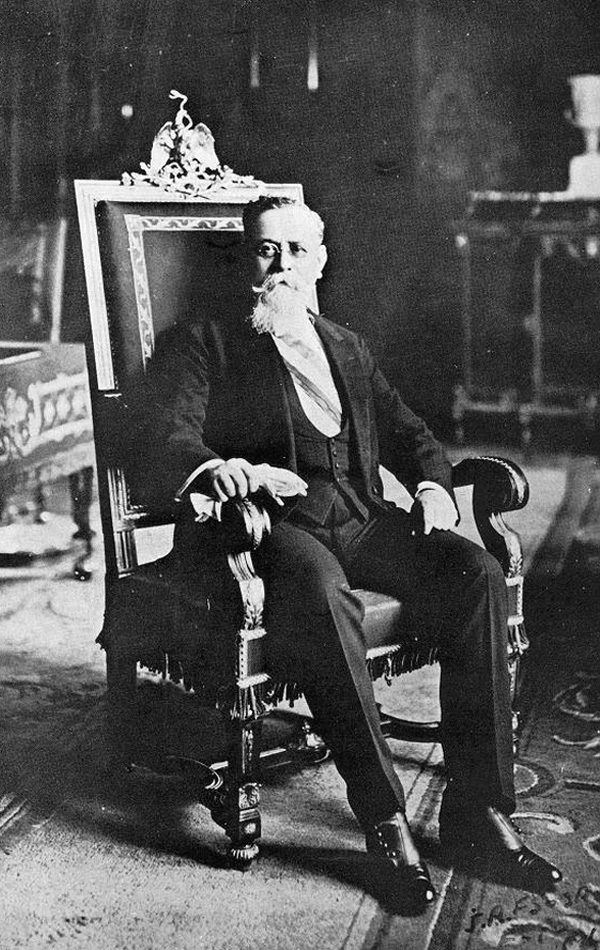 The battle for these rights raged for a little more than 7-years and only culminated when the three factions united under Carranza who ultimately took power to preside over a country that, for the first time in its tumultuous history, would be ruled according to a governing document, the Mexican Constitution. In it were 136 articles which, among other things, granted Mexican citizens an array of social rights designed to reform the peasants’ untenable conditions; conditions the abolition of which first formed the basis for the revolutionaries’ fight. And as his first order of business, Carranza addressed the most pressing issue which lay at the very heart of the revolution in the form of Article 27 which asserted Mexican national control over all land and resources, restricted land ownership by the church and foreigners, launched a program of land redistribution through communal ejidos and began to transform the appalling conditions endured by the nation’s agricultural workers. Sounds good, right? And it was good; a good first step but, as with most things political, drafting the words was the easiest part; interpreting them for the continuing benefit of the people living under them would prove to be quite another.  And true to the old adage, “if power corrupts, then absolute power corrupts absolutely”, the Mexican Constitution would prove, over the next hundred and three years, little different than having no constitution at all as the revolving doors of power provided an equally revolving set of Constitutional interpretations that led to amendments designed only to enrich the then-ruling parties; amendments that further subverted the human and land rights for which the oppressed originally fought. 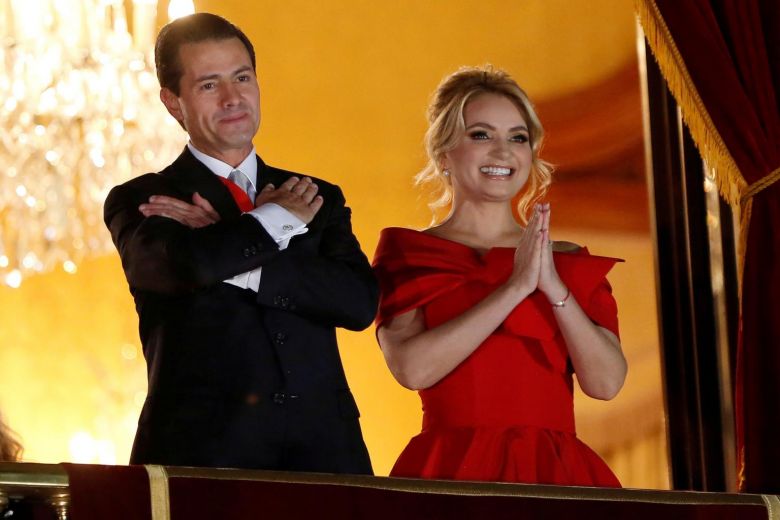 Since its ratification in 1917, Mexico’s leaders have moved to apply their own interpretations to those original 136 reform-based Articles an incredible 703-times, with the pace of constitutional change only accelerating dramatically in recent decades. Since 1982, there have been 490 such reforms and more than half of those have been at the hands of the last two presidents prior to the nation’s current leader Andrés Manuel López Obrador or, his more popular name, AMLO; Felipe Calderón and Enrique Peña Nieto; both with approval ratings percentages in the low teens, both mired in corruption, both amassing hundreds of millions of dollars in wealth during their individual 6-year terms and both leaving their citizens no better off than when they assumed power. By stark contrast, our own 1789 US constitution, ratified more than 230 years ago, has been amended a mere 33-times with the first ten of those being adopted as our Bill of Rights, a bundle of individual, personal guarantees that should have been included initially but political in-fighting prevented their inclusion. Thankfully, consensus was reached and they were added and ratified simultaneously just two years later in 1791. Of those remaining, six were adopted by Congress and sent to the states but were never ratified by the required number of votes, four are still pending, one is closed having failed by its own terms and the last has failed by the terms of its own resolution. 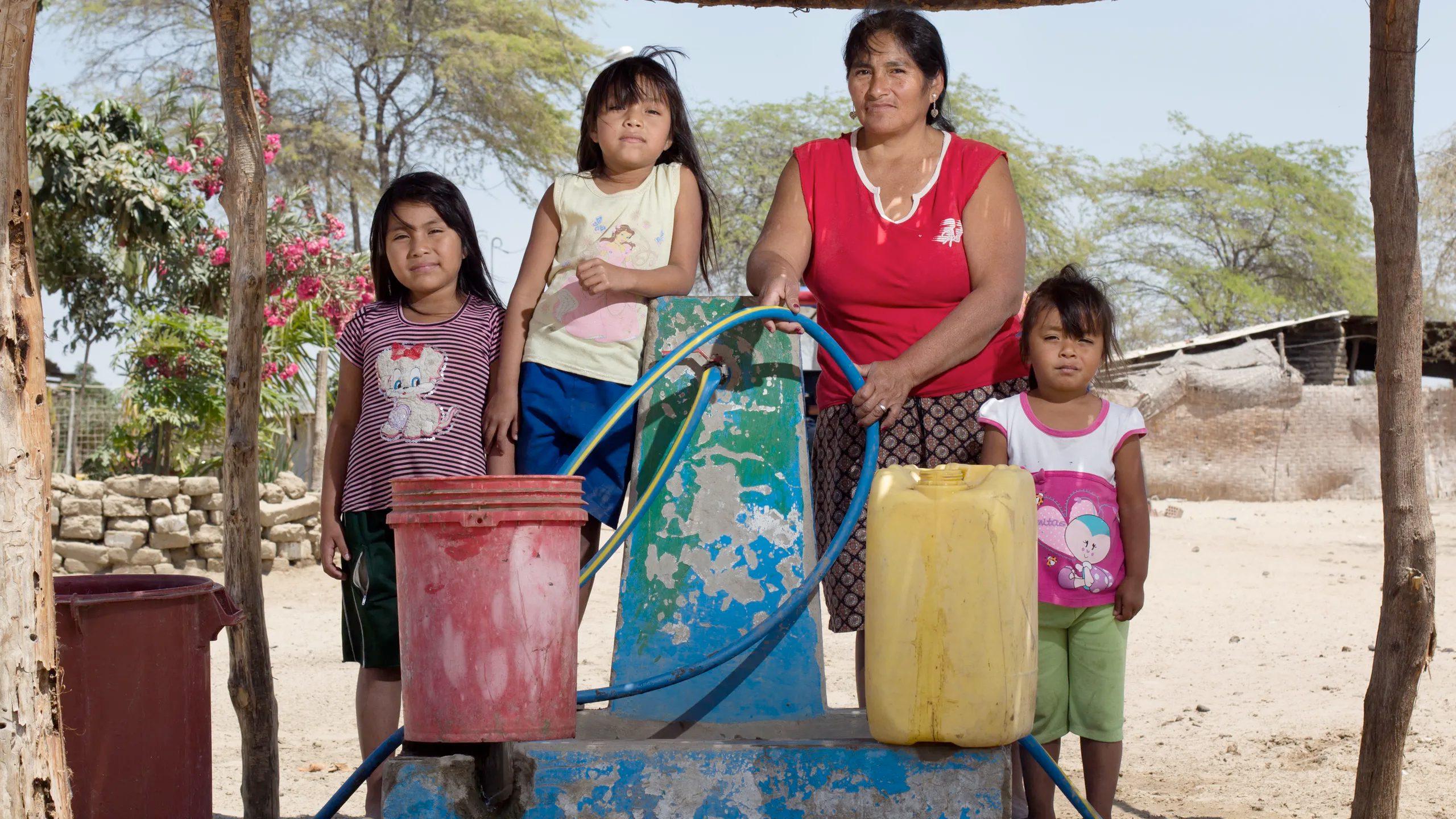 One of the primary objectives of the Mexican Constitution was to return vast swaths of land previously held by the elite into the hands of the Mexican citizens. Article 27 effected this 1917 promise and did just that creating thousands of smaller, communal or “community” lots or “Ejidos” and returning these Ejidos to the people to provide these groups of poor farmers the ability to communally farm their land and thus ensure prosperity for themselves as the Constitution intended. But while this, albeit arguably, achieved its goal, the methodology of attempting to originate, in 1917, and maintain for more than 130-years, paper records that were subject to loss, destruction and falsification was immense. When combined with more than a century of well-documented corruption providing for rampant illegitimacy in forged titles and transfers of ownership, the shear number of births and deaths of which, during that time, many of which went unrecorded and those that were having been entered into an equally-faulty record-keeping system and finally, the magnitude of the task at hand having created a relative bird’s nest of inaccurate, incomplete and many times forged lineages and attendant property ownership records created a, for lack of a better word, an impossible lineage. And it is precisely this disheveled system of “proof-of-ownership” that provided fertile ground for dubious sales practice at the hands of unregulated salespersons and thus the foundation for the few but well-reported “government seizures” of property. In  short, the century-plus old system was prime for exploitation and an eager American public was all-too-ready to believe in the false claims, get-rich-quick schemes and bargain-basement prices that would  eventually lead to their well-publicized losses; er go Punta Banda and it’s relative, largely-misrepresented debacles. 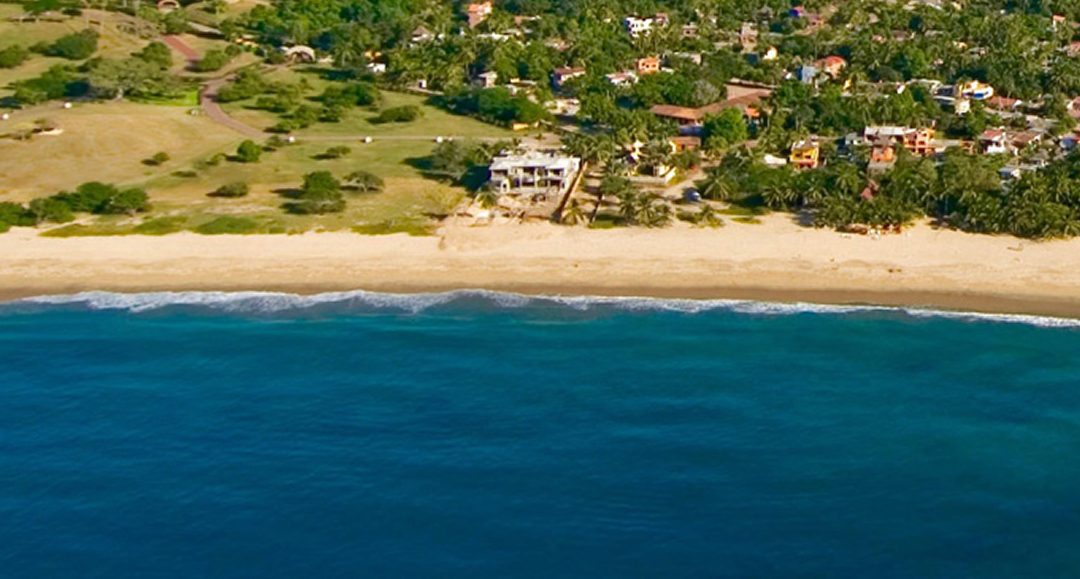 In recent years though, the Mexican government, in recognizing that most of the “Ejidos” were either lying wholly-dormant or producing very little in the way of sustenance for the Ejido owners or “Assemblies”, has made substantial strides in researching, authenticating, originating and maintaining a more accurate, complete and verified system which now can be checked, minimizing the opportunities for unverifiable land sales and the historically-fraudulent activities that accompanied the previously-circumspect system and records contained therein. The result has been the creation of a National Agrarian Registry wherein the official records articulating the the verified Ejido properties and the identities of the members of those Ejido Assemblies are fully documented and recorded. 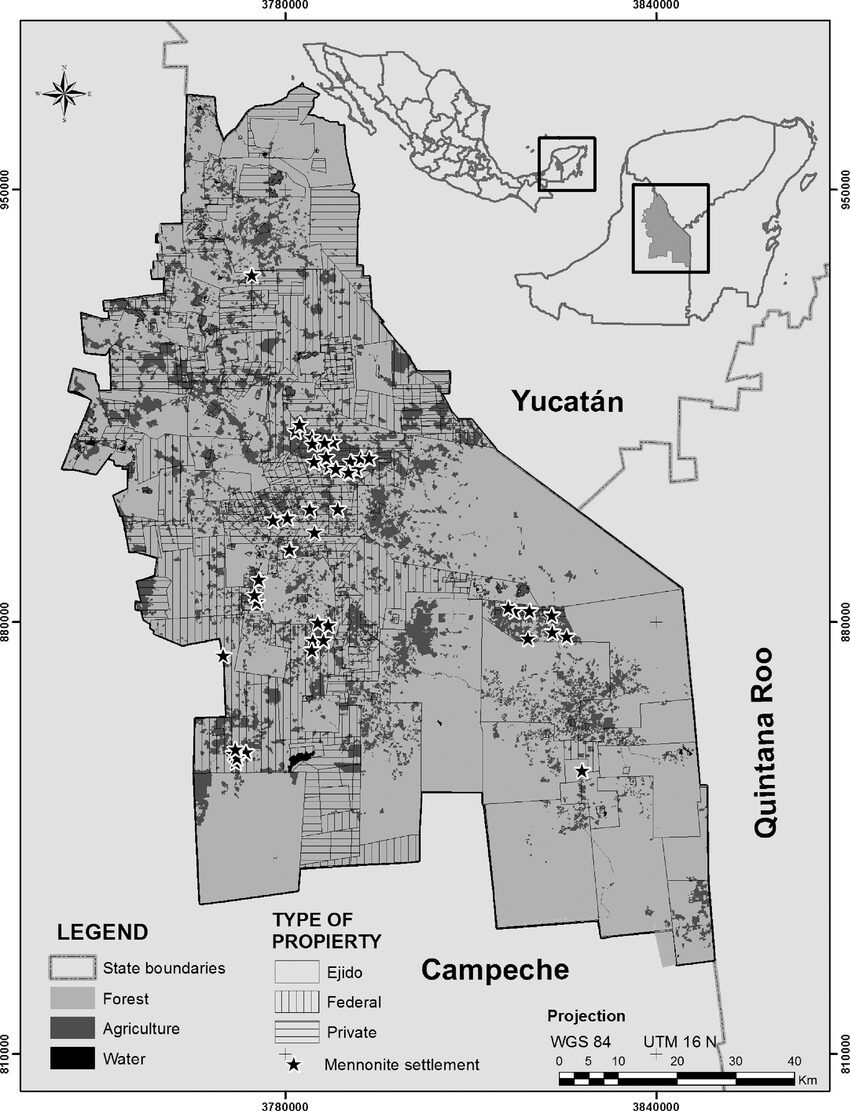 With the creation of an accountable Agrarian Registry and that of the Registry of Public Records and Commerce, the government has created and endorsed a repository of generally reliable, governmentally-recognized records relative to Ejido land such that Mexico has begun its evolution from an historically agrarian society into a more capitalistic one where Ejido members may provide for themselves and their families, not by farming their mostly-barren land but by selling it. Today, where the assemblies of Ejidos, collectively and without exception, agree to market their Ejidos, with the first right of refusal going first to the other members of the Ejido, the workers of the land and then any family members before selling the property, they may then petition the government to remove their Ejido property from the National Agrarian Registry and place it instead into the Registry of Public Records and Commerce thereby facilitating its traceable and verifiable transition from communal to individual ownership. That property may then be offered, either in whole or in parcels, to buyers both foreign and domestic. Of significant note must be a reiteration of the fact that only when this 2-step process of transition from one registry to another is completed can property previously identified as Ejido property be offered for sale to individual parties outside of the original Ejido assemblies. 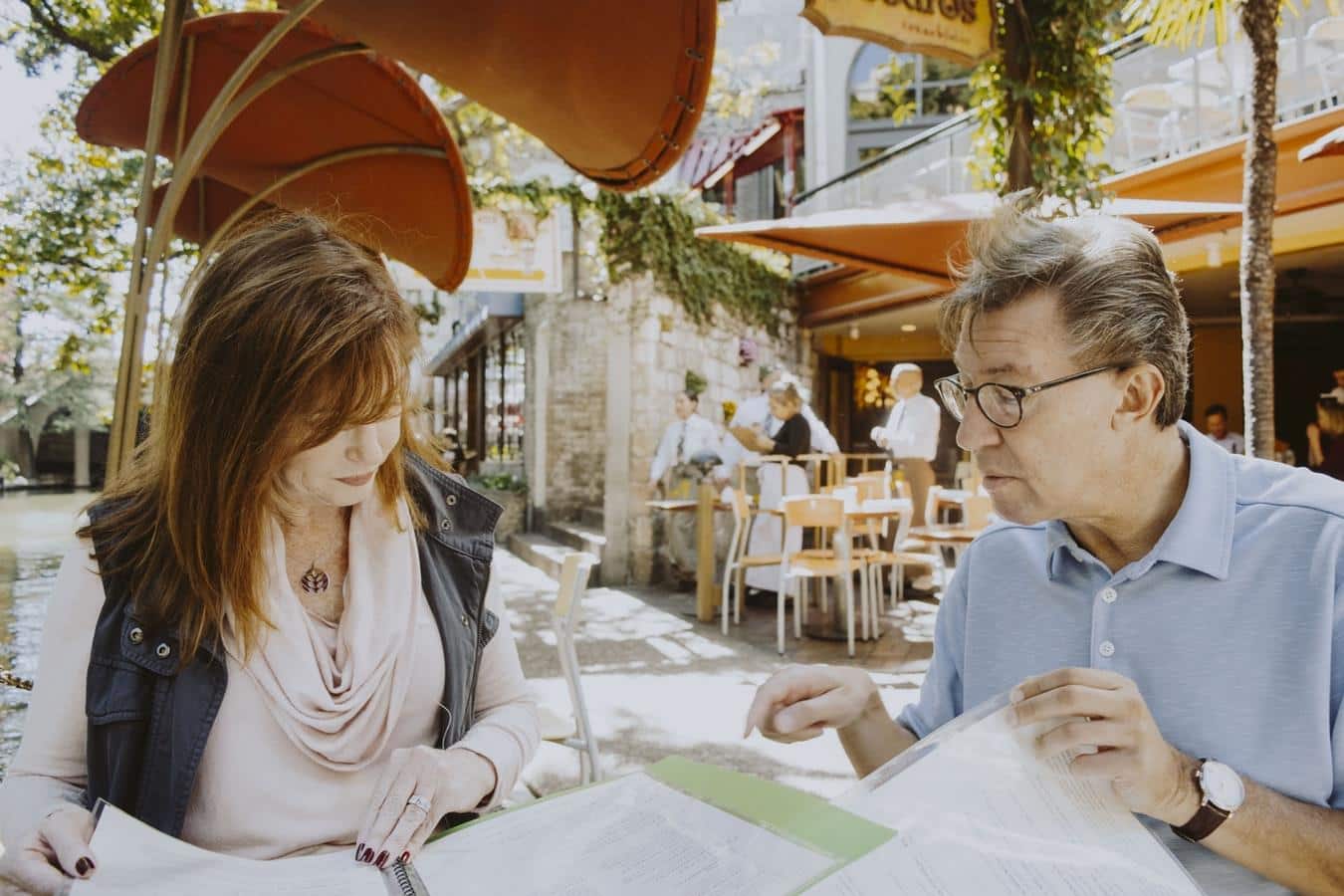 While it is true that Ejido land, once believed to be almost 70% of the country, is now available to investors, it remains incumbent upon the investor to certify, through “due diligence”, that the investor’s subject property has in fact been subject to Ejido Assembly transfer and now wholly resides with in the Registry of Public Records and Commerce; an investigation sufficient to withstand subsequent scrutiny should the legality of that sale ever be brought into question. And while it may be commonplace for a buyer or investor in the United States to put their faith and trust in the seller’s agent, trusting them to perform the well-established American system of checks and balances that virtually assures proper, complete, requisite and insured title searches through technologically-advanced and secure databases, it should be well-noted that a working, proven and required escrow system, a Realtors’ Codes of Ethics, a just, well-trained and regulated governmental licensing systems for those involved in the transfer of property and finally a just, proper and regulated judicial system remains lacking, either in whole or in part, in most of Mexico. And it is for this reason that it is IMPERATIVE that the buyer/investor retain his or her own competent counsel or, in the alternative, have complete and unabiding trust in his or her representative when engaging in real estate investment opportunities. Mexican real estate agents are NOT licensed and NOT regulated and as such, while exceptions do exist, can not be relied-upon to honorably represent buyers’ or investors’ best interests.

There is no escrow, title or realtor licensure or oversight in Mexico

Competent counsel and the protection it affords typically costs the buyer/investor nothing.